‘The best part was seeing people, even from the doorstep': how a Scandi baker served its Harrogate regulars in lockdown

Inspired by his Norwegian grandma’s cooking, Paul Rawlinson opened his own bakery bringing a slice of the Nordics to Yorkshire. But forced to lock down just as he was about to expand, what does he think the future will hold? 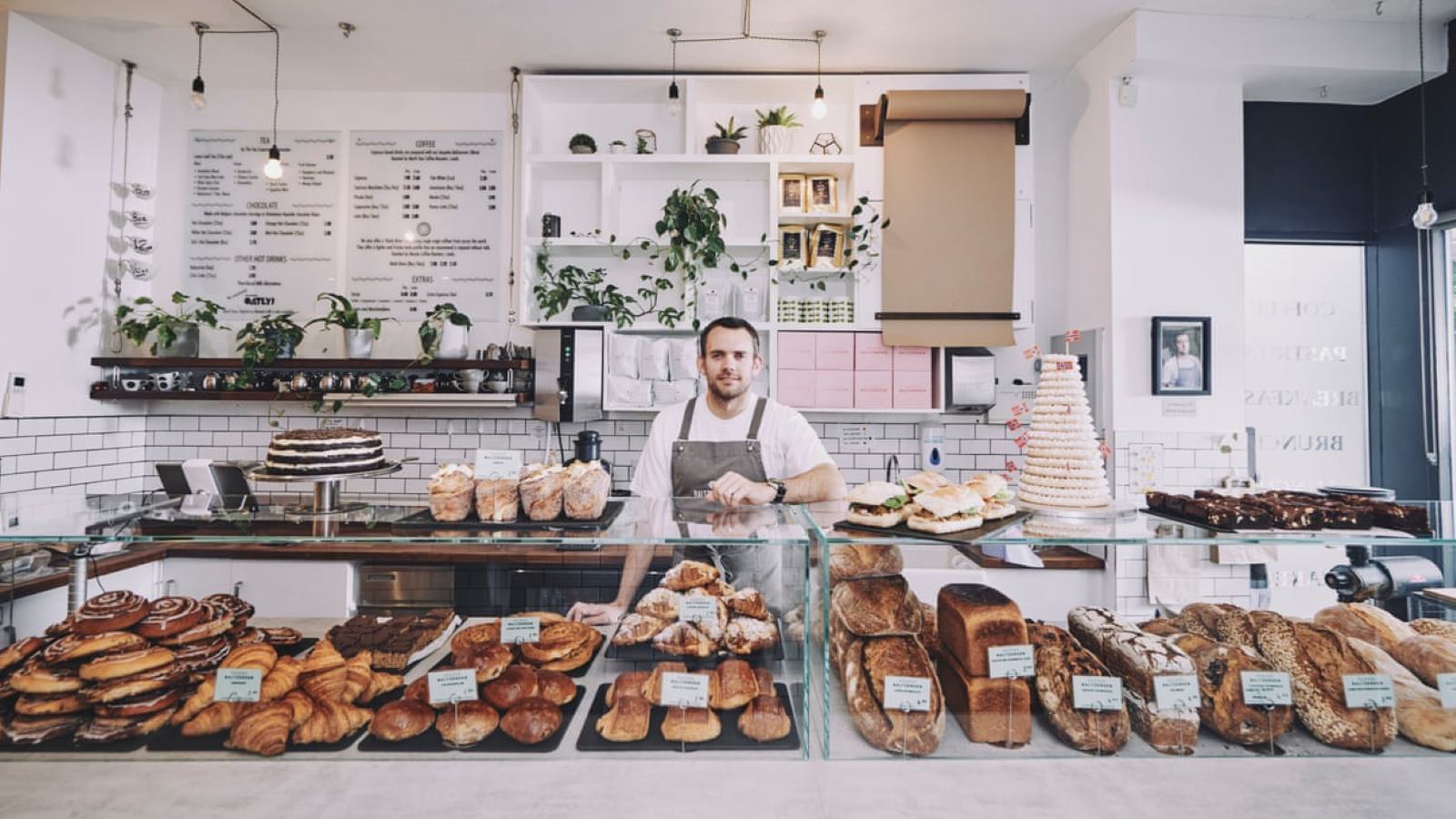 From serinakaker butter biscuits to cinnamon buns, Paul Rawlinson was raised on Scandinavian treats galore, without even realising that there was anything unusual about it. “We had a waffle iron, and that was very much a tradition on a Sunday afternoon,” he recalls. “I never really wondered why other people didn’t eat them.”

Rawlinson, who grew up in Manchester, had his grandmother to thank for the Nordic influence in his upbringing – an influence that continues to have a big bearing on his life and work. Born in Stavanger in 1923, Liv Esther Baltzersen moved to England after meeting her future husband at the London Olympics in 1948, and lived the rest of her life there, mainly in the north-west. Yet she never lost touch with her roots and would celebrate her Norwegian heritage in all sorts of ways – not least through cooking and baking. “These Scandinavian things were just part of visits to grandma really,” says Rawlinson. “There was always Norwegian family visiting, or Norwegian cakes and biscuits on the table.”

After five years spent travelling the world as an army officer, Rawlinson decided to settle down in North Yorkshire with his wife – to start a family, and launch a business that he had dreamed about since childhood. In 2012, Baltzersen’s opened in central Harrogate – a cafe where Yorkshire-sourced ingredients meet Scandinavian inspiration. Locals and tourists alike were soon hooked on the homemade smörgåsbord of delights that Rawlinson and his team had to offer. Be it open sandwiches with meatballs or pickled herring, pølse street food sausages, lapskaus meat and potato stew, or traditional heart-shaped Scandi waffles (prepared on irons imported from Trondheim). All that, and enough cinnamon buns to feed a battalion – Baltzersen’s bakes and sells some 10,000 of the icing-swirled delights every year.

How did Rawlinson’s time in the army, which saw him serve in Afghanistan among other places, prepare him for his new life serving food in a spa town near the Yorkshire Dales? Better than you might imagine, it turns out. “In many ways, they’re fairly similar,” Rawlinson says, of the military and the hospitality industry. “When you go to Sandhurst, you’re training to be a leader and what I do in my job now is lead people. I was an engineering officer, and I guess engineering is about designing processes and trying to make things as efficient as you can.”

This training certainly came into its own when lockdown hit – how could they adapt? Rawlinson and some of his staff launched a major operation to keep the business running online. A small independent business such as Baltzersen’s could well have feared for its future – especially as it had just put the finishing touches to a new off-site bakery, an expansion designed to allow it to bake its own bread among other things. But in adversity Rawlinson sensed opportunity for a new initiative. 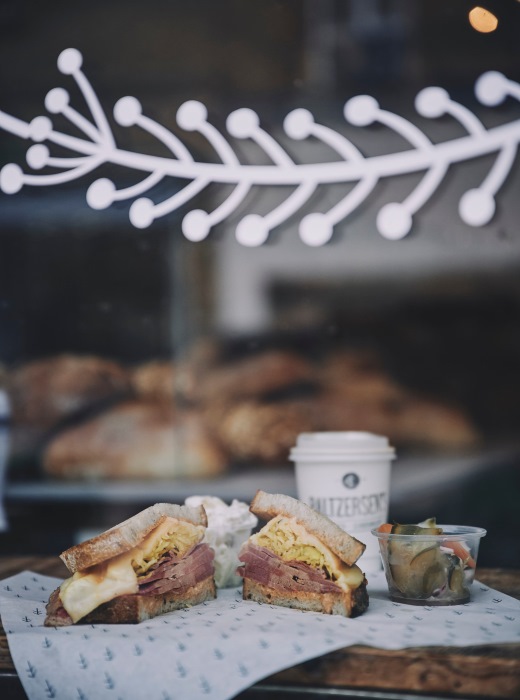 When lockdown hit, this ex-Sandhurst officer turned baker converted the family cafe into a temporary “logistics base” to plan and coordinate drop-offs of up to 1,200 products a day to about 100 different homes

Within a few days, Baltzersen’s had pivoted to start a “click and collect” option as well delivering their rye breads, sultanaboller buns and “cruffin” pastries direct to customers. The online service quickly proved popular, and Rawlinson ran it with martial discipline, converting the cafe into a temporary “logistics base” to plan and coordinate drop-offs of up to 1,200 products a day to about 100 different homes.

“We got loads of nice feedback from people telling us it was the thing they looked forward to each week,” says Rawlinson. “The best part for us was being able to still see the people that we normally would see two, three, four times a week in the cafe, even if it was just from the doorstep, giving us a wave. It was great being able to maintain that connection with our regular guests.”

Good reason to hope that the people of Harrogate haven’t forgotten about Baltzersen’s while it has been closed – and that they’ll start to return once lockdown lifts. “That’s a big worry for us, like all independent businesses, after all the work we do to build and maintain relationships with customers,” Rawlinson says. “To be locked down for so long has given people a lot of time to make new habits. Will they come back to us?” he asks.

Only time will tell. But he’s encouraged to see Visa’s shop local campaign getting behind the independent traders that are the beating heart of the high street. “A company such as Visa can shine a big light on small businesses like ours,” says Rawlinson. “Hopefully when people read our story, it’ll make them think about their equivalent of Baltzersen’s on their high street, and think ‘it’s important for us to try to get back there reasonably quickly to support the businesses that we love’.” 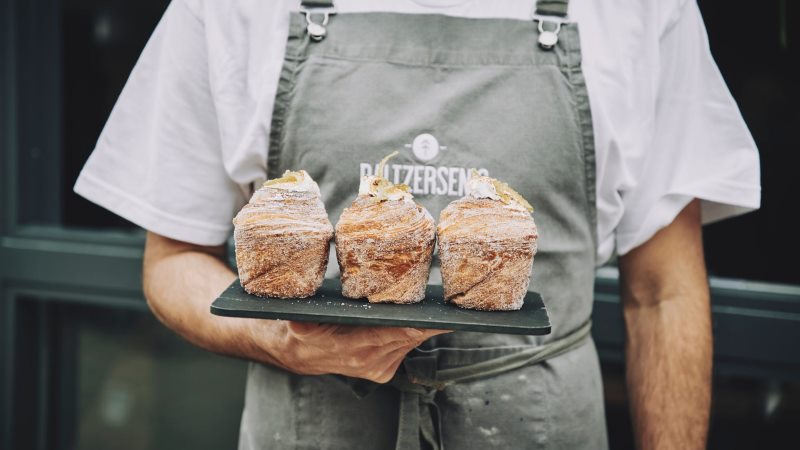