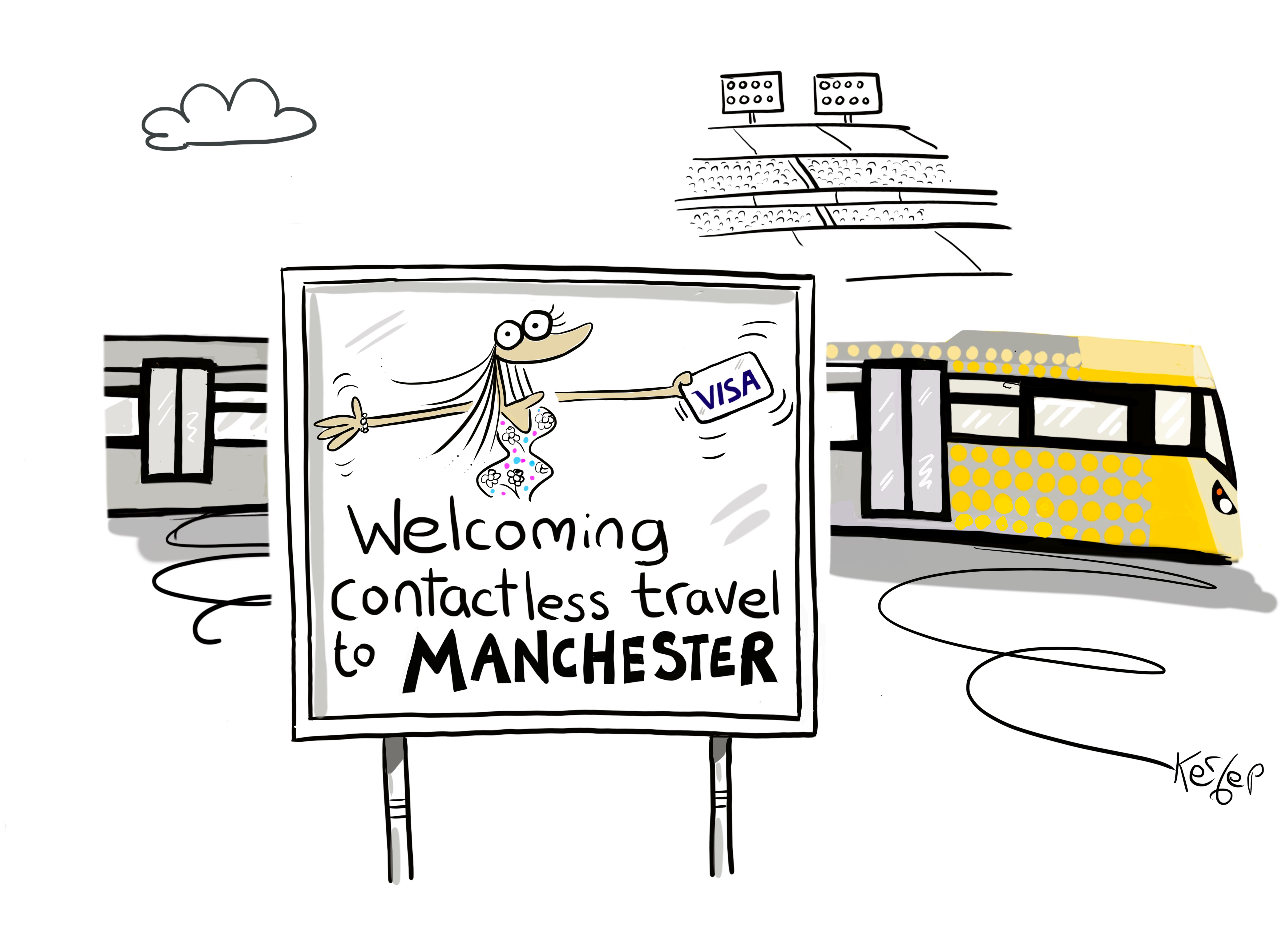 Manchester is the latest city to embrace the technology and joins other major cities around the globe, including New York, Rio de Janeiro and Singapore, in introducing contactless travel.

The new system eliminates the need to pre-purchase a ticket before traveling on the network, with passengers now able to simply touch-in and touch-out at tram stops, with the system working out the best fare, including a daily cap.

Of the people who responded to the survey, those choosing the ‘touch and go’ payment option said that contactless payment took the stress out of travel through increased convenience, ability to track spending (24%), reduced queuing time (45%) and alleviating the need for carrying cash (59%).

Research commissioned by Visa highlights that complex payment options act as a barrier to travel and are the cause of many complaints – and that public transport use could increase by as much as a quarter (27%) if payment was easier.

Navigating public transport systems can be intimidating, especially in unfamiliar places or in cities with large, complex networks, but technology is making it simpler and more convenient. When it comes to improving public transportation journeys, the second most-welcomed improvement amongst those surveyed was live transport updates at stations (40%) and access to journey planning apps on mobile devices (40%) allowing travellers to plan their journeys at the touch of a button.

Stephen Rhodes, Customer Director at Transport for Greater Manchester, said: “Greater Manchester is the latest in a list of regions around the world rolling out contactless travel technology, improving access to jobs, leisure, skills and education opportunities for everyone living here. People now expect to pay as swiftly and seamlessly for travel as they do for any other purchase, so bringing contactless to Metrolink is a huge step forward for the city, and a boost to customer experience on the UK’s largest tram network.”

Steven Orelowitz, Head of Transit, Europe, Visa, said: “The UK continues to lead the way when it comes to contactless payment systems on public transport. London's contactless system set the gold standard being adopted around the world, and we are thrilled to have partnered with Transport for Greater Manchester to launch contactless on Metrolink trams. By adopting a contactless system that enables customers to simply turn up and travel without having to work out which ticket they need, Manchester has put itself up there with some of the most forward-thinking global cities when it comes to ensuring that locals and visitors can move around with ease.”

Visa is the world’s leader in digital payments. Our mission is to connect the world through the most innovative, reliable and secure payment network – enabling individuals, businesses and economies to thrive. Our advanced global processing network, VisaNet, provides secure and reliable payments around the world, and is capable of handling more than 65,000 transaction messages a second. The company’s relentless focus on innovation is a catalyst for the rapid growth of connected commerce on any device. As the world moves from analogue to digital, Visa is applying our brand, products, people, network and scale to reshape the future of commerce. For more information, visit our website (www.visa.co.uk), blog (https://www.visa.co.uk/visa-everywhere/blog.html), and@VisaUK.

Research was commissioned by Visa and conducted by Opinium between 11th and 17th June 2019 surveying 2,000 UK adults living in Birmingham, Glasgow, Leeds, Liverpool, London and Manchester.