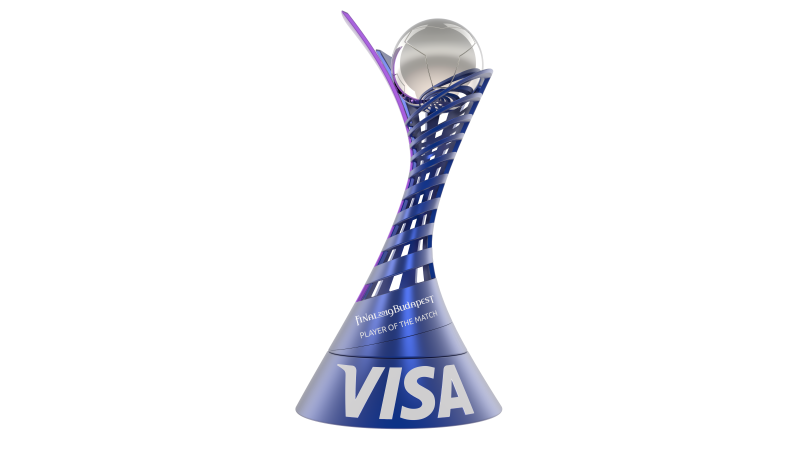 On 18th May, more than 22,000 fans will descend on Budapest's Ferencváros Stadium to celebrate their footballing heroes, and with luck, see their favourite team pick up the coveted Women’s Champions League Trophy. New memories and legends will be created on this day, not only as it marks the first final ever held in Hungary, but because it’s the first time the competition will be held in a separate city from the men’s final.

The level of excitement in the build up to the game is reflective of the direction women’s football is moving towards. Its effect is already far-reaching as the industry wakes up to the opportunity presented by providing women’s football with an equal platform for recognition and acceptance.

The final marks an important milestone in our journey and commitment to supporting and empowering women across different fields. Following on from our commitment to support UEFA Women’s Football with a ground-breaking seven-year sponsorship deal, we will also be celebrating individual excellence this weekend by crowning the Visa Player of the Match. The award, given to the player that demonstrates amazing play, skill or determination within the game, will be chosen through a combination of audience votes and UEFA experts.

For Visa, sport has always presented a huge opportunity and platform to champion our values of acceptance and equality. This is the driving force behind our work with UEFA women’s football. In fact, there is a correlation from sports to the boardroom. 80% of Fortune 500 female executives have played sport in their earlier years.[i] The Visa Player of the Match represents another platform for us to stand alongside women footballers and tell impactful stories that showcase our love of sport with our belief in gender equality and inclusion.

And yet, we know there is much more to be done when the finals come to an end, whichever team gets to lift the trophy. Women are still universally underpaid and underrepresented – in sports and beyond. We will continue the momentum with a range of initiatives aimed at championing women in their efforts to succeed in various forms, through advice, tools and resources that drive impact.