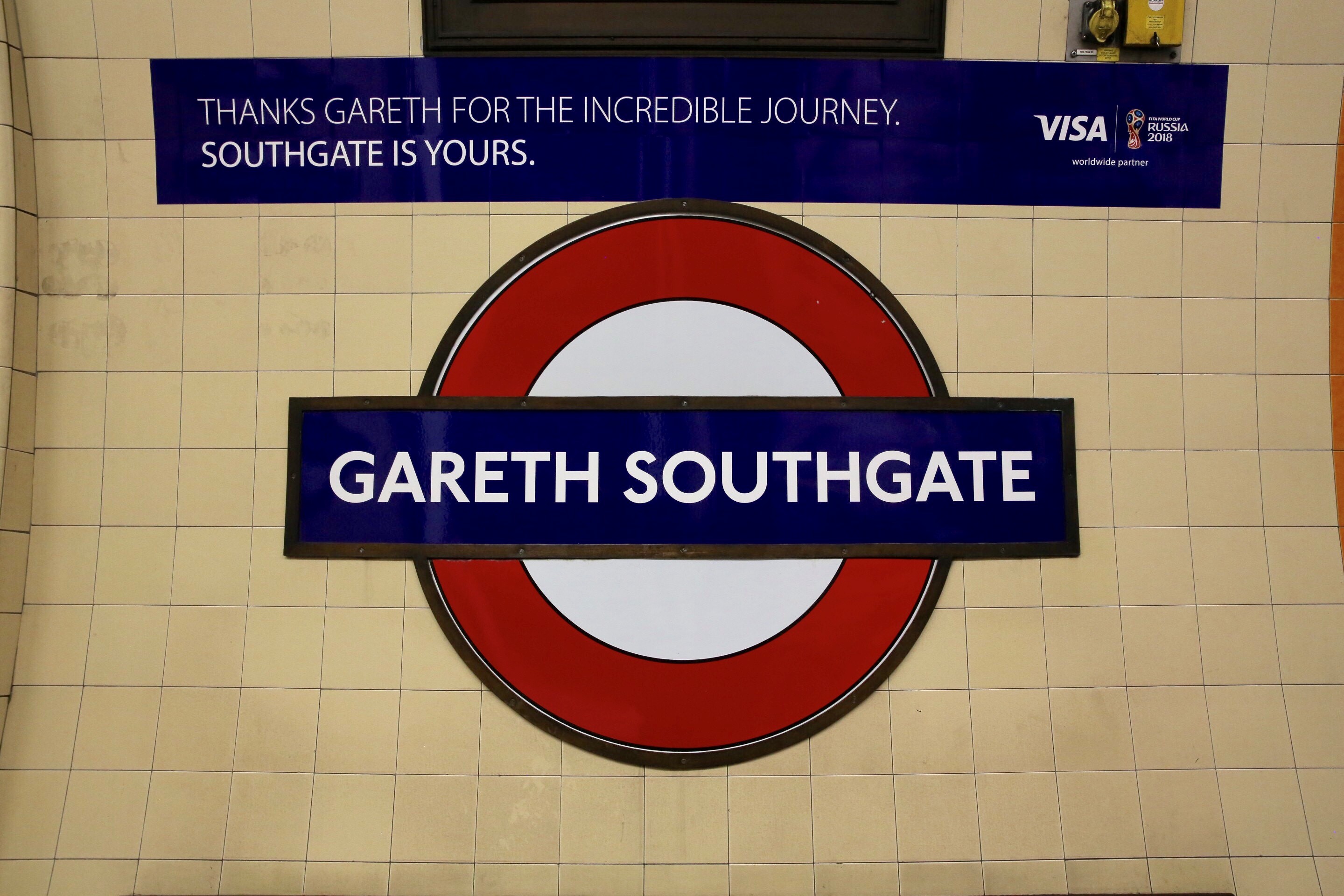 Southgate, London – 16th July 2018: Football has come a bit closer to home this morning for customers travelling through Southgate Tube station in North London, which has been renamed ‘Gareth Southgate’ station by TfL and Visa in honour of the England football team’s successful manager.

The Grade II* listed Piccadilly Line station will retain the Gareth Southgate name until 23.59 on Tuesday 17th July 2018. Signage on the platforms and in the ticket hall and outside the station will be changed to show the England manager’s name. Commuters and football fans across London are encouraged to share their pictures and videos on social media using the hashtag #SouthgateSelfie.

Sundeep Kaur, Head of UK & Ireland Merchant Services at Visa, said: “Gareth and his team are back after doing a fantastic job in Russia and making the whole country proud. We’re really excited to be able to celebrate their collective success alongside TfL.

“Visa has a long and successful relationship with TfL, including working together to introduce contactless payments across the entire network. It’s fantastic that through this collaboration, we have been able to make a small gesture to demonstrate the nation’s pride and support for Gareth and his team. Thanks, guys, you’ve made us all very proud.”

Mark Wild, Managing Director of London Underground at Transport for London (TfL), said: “The great performance of the England team this summer brought people of all ages together in celebration. We’re delighted to be able to show our appreciation to Gareth and the team by renaming the station in his honour. This is another great example of how we, and brands, can work creatively together."