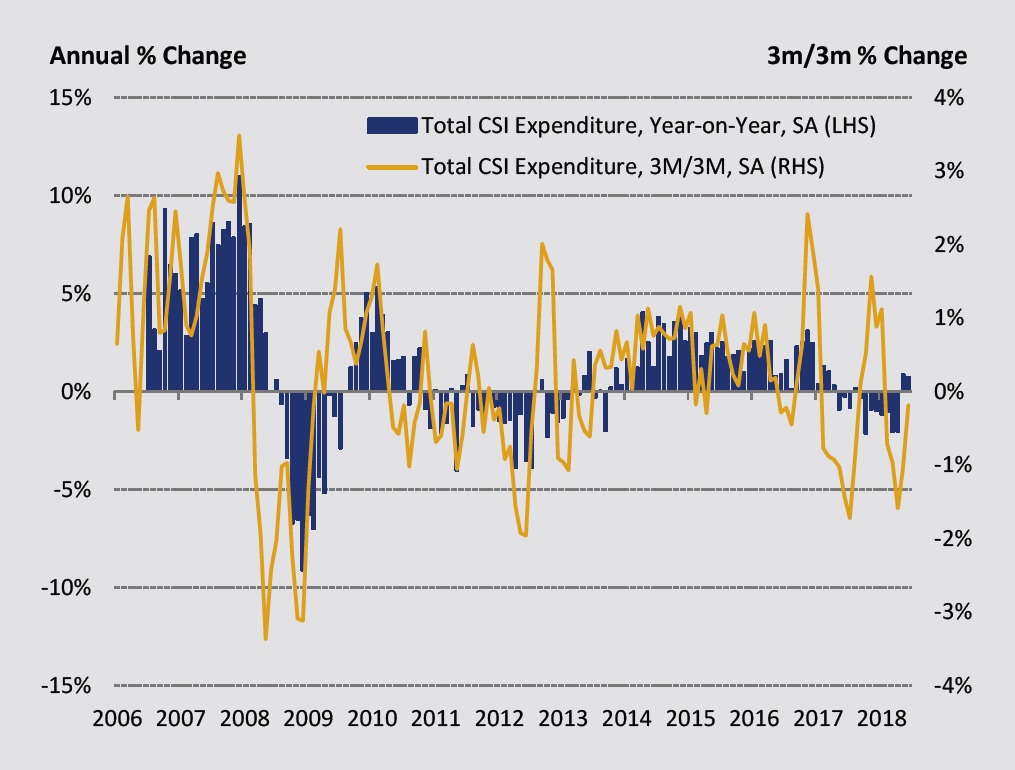 “June’s encouraging data marks the first back-to-back monthly increase in consumer expenditure since spring 2017. With the Hotels, Restaurants & Bars and Food & Drink categories performing strongly in the month, there are clear signs that the British public has been getting into the World Cup spirit, while the good weather is also likely to have played its part.

“It is also noteworthy that face-to-face spending outpaced ecommerce spending for the second month in a row. We have to go back to mid-2012 to find a similar trend. There has been a lot of talk around the difficulties facing the UK’s high street retailers recently, however the June data shows that UK shoppers still value the face-to-face experiences available on their high streets.”

“The latest set of Visa UK CSI data show that household spending trends improved further in June, likely helped by the much warmer weather and the World Cup. Notably, June marks the first back-to-back monthly increase in spend for over a year, as consumers splashed out on meals out and at supermarkets.

“However, it’s not certain whether this current run of growth will carry through into the months ahead as these temporary boosts give way to the prospect of a summer interest rate hike by the Bank of England, while anxieties continue to build around the outcome of the ongoing Brexit deal negotiations. These key decisions will be crucial in determining the trajectory of the UK economy and consumer spending. “