Consumer spending bounces back in May 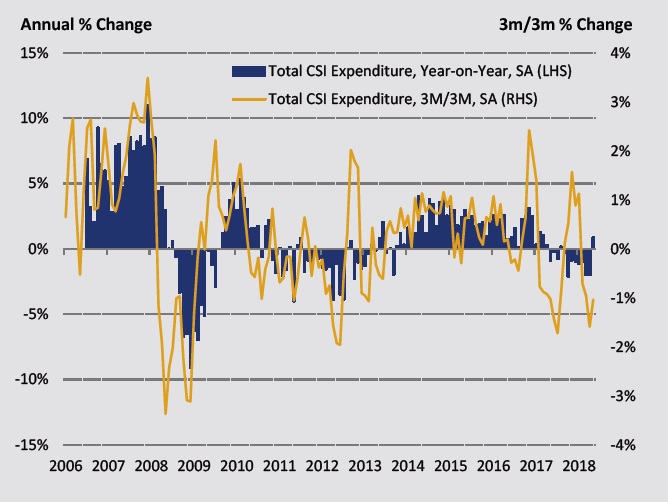 "The Visa UK CSI signalled a welcome pick up in consumer spending trends in May, with expenditure rising for the first time in nine months on the annual measure. Warmer weather and the Royal Wedding both likely contributed to the upturn in spend, with Face-to-Face categories posting the best performance for over a year-and-ahalf.

“While the improvement in the headline figure may reflect a bit of a bounceback from earlier in the year, when weather conditions may have hampered spending activity, it is too early to judge whether we can expect further increases in expenditure in the coming months. On the one hand, real wages are showing signs of improvement and consumer confidence has picked up. On the other, economic growth remains relatively lacklustre, and Brexit-related nerves may limit any improvements in spend in the coming months. “At the same time, UK economic growth has slowed, and the recent revival in wage growth has so far failed to translate into improved expenditure trends, adding to fears that spending will remain subdued in the coming months."