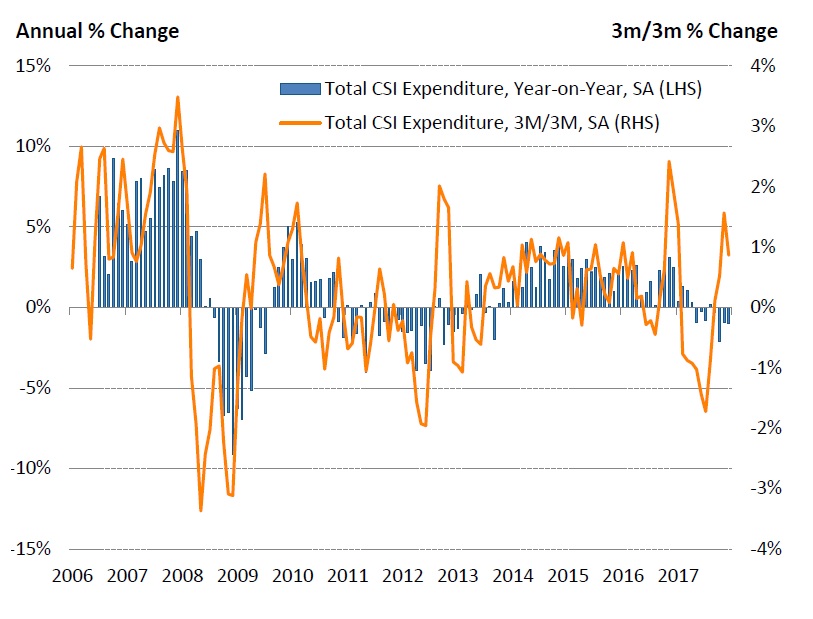 “Christmas rounded off a lean year for retailers with consumer spending seeing its first consistent 12 month decline since 2012. December’s consumer spending figures confirm our earlier prediction that the UK would see its first fall in overall Christmas spending in five years. This result has bucked the trend of the previous four years which saw annual consumer spending rise by an average of 1.7%.

“Despite some large retailers signalling a strong Christmas performance, it is clear that the high street has suffered recently, while online spending has held up. This is emphasised by the torrid year for face-to-face expenditure, which continued in December as face-to-face spending was again outstripped by e-commerce, a trend we have witnessed in 11 of the last 12 months.”

“Hotels and Restaurants were again a bright spot in December’s results. Consumers have been opting to spend on UK staycations as opposed to physical items and trips abroad. Interestingly, clothing and footwear, and household goods, two categories that might be expected to perform strongly in the lead up to Christmas, saw significant drops of -2.4% and -3.4% respectively.”