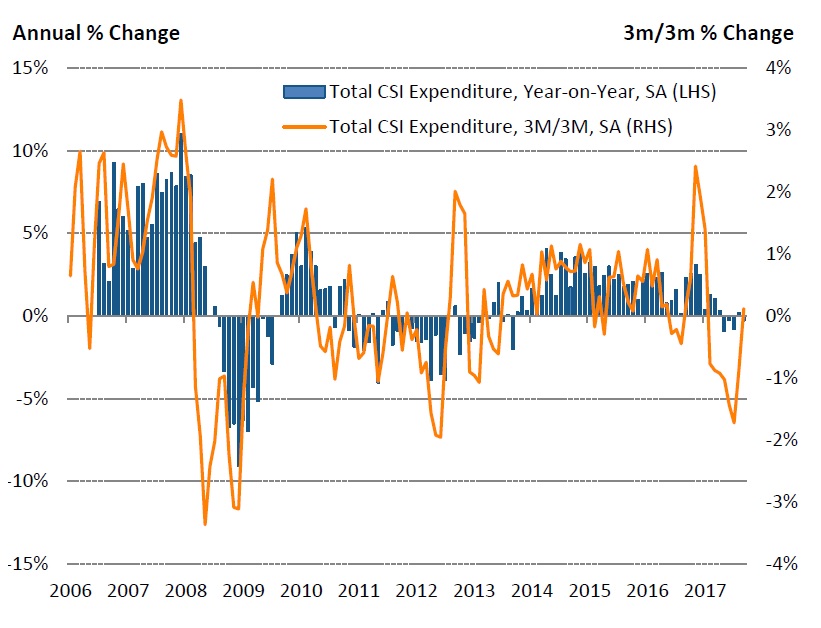 “Despite a slight uptick in UK consumer spending in August, the story of the past few months has been one of wariness in household spending. September saw another decline in overall expenditure, continuing the recent trend of belt tightening, as the landscape of financial uncertainty takes its toll.

“The recreation and culture sector declined at its fastest rate since July 2013, bucking a trend in which the “experience economy” has remained buoyant in the face of stagnant wage growth and increased inflation. Despite this, there is a bright spot in this month’s data as hotels and restaurants saw an increase in spending of 3.5%.

“The trend of spending shifting to online retailers shows no sign of abating with e-commerce continuing to show resilience. In contrast, the suffering of the British high street shows no signs of slowing, as evidenced by another fall in Face-to-Face spending.”