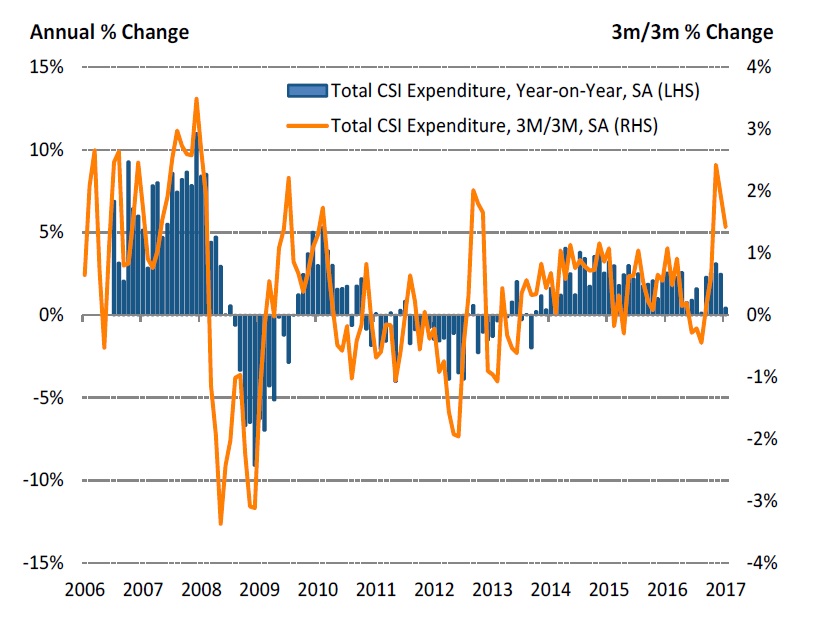 “Following a bumper Christmas season, there were signs that consumers were starting to rein in their spending at the start of the New Year. Annual growth slowed down from 2.5% in December to a five-month low of 0.4% in January, as households monitored rising prices on everyday items and how this would impact disposable incomes.

“Clothing and household goods retailers experienced a particularly difficult January. The traditional start of year sales did little to lift clothing spend, which saw the biggest drop in nearly five years. The high street as a whole suffered a disappointing month too, with spend falling at the quickest rate in four years.

“Face-to-face wasn’t all doom and gloom in January though, and winners on the high street did emerge. Brits continued the trend of spending on experiences rather than goods, with a near 6% spending boost in the Hotels, Restaurants and Bars sector and a 3.1% lift in recreation and culture spend.”

January is usually one of the quietest months of the year and last month was no exception. The average bill remained the same, but we had fewer visits. Our customers were probably trying to save money or pay off their Christmas spending. So one of the ways that we’ve tried to accommodate this is to advertise discounts ahead of the post-Christmas lull on social media. We expect these offers to help boost business in February too.

As expected, January was a quieter month for us with turnover down 5% compared to last year. While our catering orders remained steady, customers who came to dine and drink at our pubs were spending more cautiously. The cold weather and icy driving conditions might have kept quite a few of our regulars at home too, and our figures support this, as our locations with easier pedestrian access were the best performers.

January was a rather quiet month for us, with sales slowing down from December. We had fewer customers through the door, and on average people seemed to spend less too. We thought this might be due to people cutting back on spending following an indulgent December, but there might be other factors at play. At the same time, we began to feel the squeeze as our main suppliers had all increased their prices.