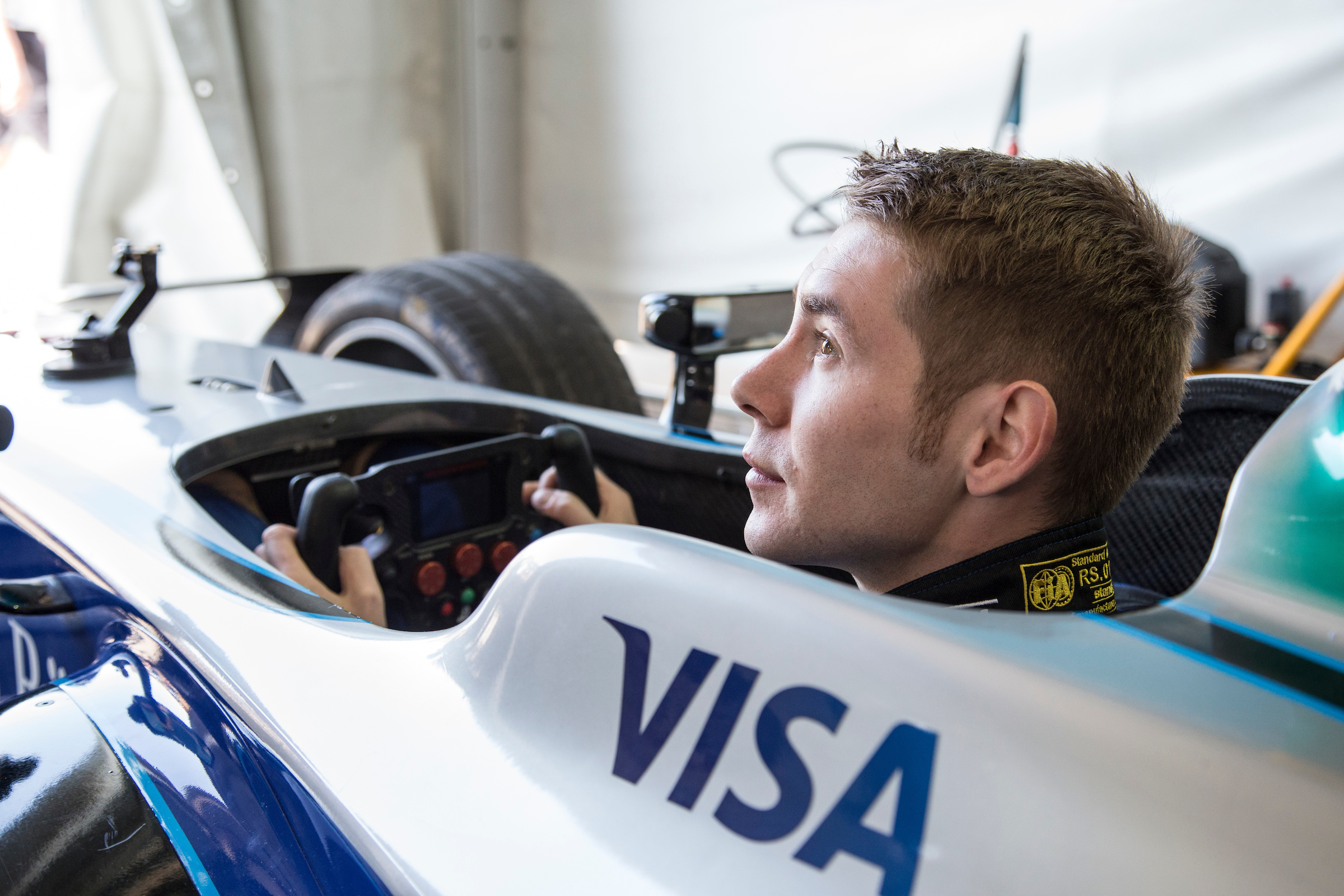 London, 23 November 2016– Visa Inc. (NYSE: V) – A British man took one step closer to realising his dreams as he became one of the first sim racers to qualify for the FIA Formula E Championship Visa Vegas eRace. Carroll, along with nine other qualifiers from the Road to Vegas Challenge, will now go up against the 20 Formula E drivers in the Visa Vegas eRace for a share of the million-dollar prize fund, the biggest in eSports history.

Having given up his racing career on the track due to prohibitive costs, Graham Carroll, 26, is now in pole position to be considered one of the greatest sim racers in the world. Managing his career as aracing coachalongside competing in online races, Carroll moved from the race track to a gaming rig set up in his parents’ loft in his home town near Edinburgh Scotland.

As one of 10 sim racers, Carroll will be pitting his wits against the top drivers from the FIA Formula E Championship, including Visa Driver Ambassadors Nelson Piquet Jr and Jérôme D’Ambrosio. The Visa Vegas eRace will take place at the 2017 Consumer Electronics Show in January.

Speaking following qualification, Carroll said: “When I was younger and thought of qualifying for major races, I never thought it would be from my parents’ loft. My mum and dad’s passions in gaming and racing must have played up in my genes. The prize on offer is life-changing and qualification just vindicates my decision to not give up on my dreams and I’m fully intending to win in Las Vegas.”

Visa is sponsoring the Visa Vegas eRace as part of its three season deal as Official Payment Partner of the FIA Formula E Championship.

In a bid to win a share of $1 million prize pool, Formula E drivers will test their skills against qualifying fans on a specially designed track incorporating the famous Las Vegas Strip.