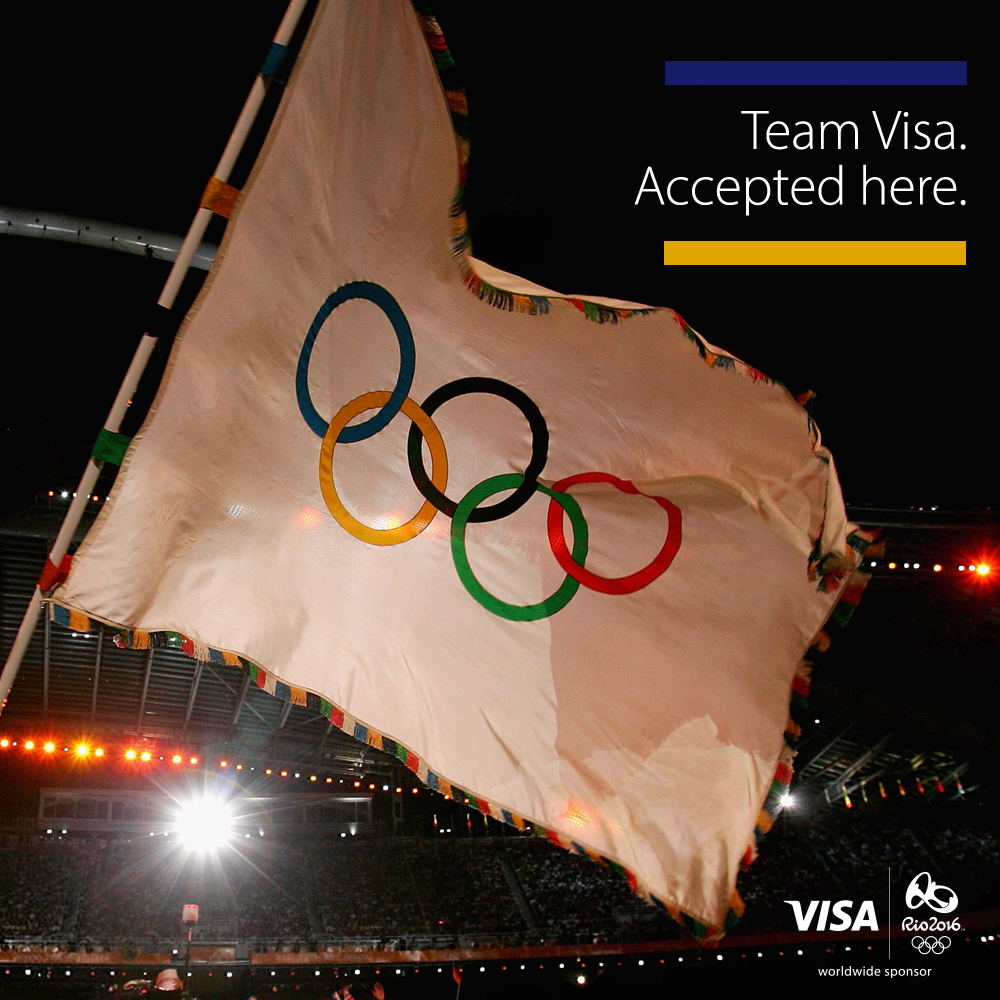 SAN FRANCISCO, CA – JULY 20, 2016 – Visa Inc. (NYSE:V) announced today the full Team Visa roster for the Rio 2016 Olympic Games. With 60 athletes, it is the most expansive group of Olympic and Paralympic athletes that Visa has supported to date.

Team Visa has grown by 62 percent since the last Olympic Games, with athletes representing a range of 26 sports, from diving and dressage to taekwondo and table tennis.

Since the program began in 2000, Team Visa has aimed to provide athletes with the tools, resources and support they need to reach their highest potential, regardless of origin or background. Hopefuls representing Team Visa at Rio 2016 are selected based on their personal journeys to the Olympic and Paralympic Games, athletic achievements and community involvement.

“The refugee Olympic athletes are inspiring the world with their incredible stories of perseverance and bravery, overcoming great odds to get to the top of their respective sports and compete on the world’s stage,” said Chris Curtin, chief marketing innovation and brand officer, Visa, Inc. “These athletes, who will march with the Olympic flag at the Opening Ceremony in Rio, are a powerful addition to the Team Visa family, each embodying Visa’s belief in acceptance for everyone, everywhere.”

Earlier in the countdown to Rio, Yusra Mardini (Refugee Olympic Team, Swimming) and Raheleh Asemani (Belgium, Taekwondo) were named to Team Visa. Mardini will compete as a swimmer on the IOC’s team of refugee Olympic athletes after her courageous journey from Syria to Berlin, where she continues to train. Asemani will compete in Taekwondo representing Belgium.

In addition, five competitors from European countries were named to Team Visa today:

Team Visa athletes are at the heart of Visa’s global Olympic Games sponsorship activation, this year more than ever. Some examples include: Ibtihaj Muhammad (USA, Fencing), the first Muslim American woman to compete at the Olympics in a hijab, who unveiled the Visa payment ring to the world; Terezinha Guilhermina, (Brazil, Paralympic Athletics), the world’s fastest blind woman, who along with Mabika and Misenga,was onsite to open the Rio 2016 Copacabana Megastore in Brazil to make the ceremonial first payment; and Ashton Eaton (USA – Decathlon) and English Gardner (USA – 100m), who participated in Visa’s first Team Visa Facebook Live Stream last week.

The centerpiece film of Visa’s global Olympic Games ad campaign also features a diverse roster of more than 20 members of Team Visa, following them on a fun and light-hearted “Carpool” to the Rio 2016 Olympic Games, leveraging payment innovations like Visa Checkout, Samsung Pay and chip cards along the way.