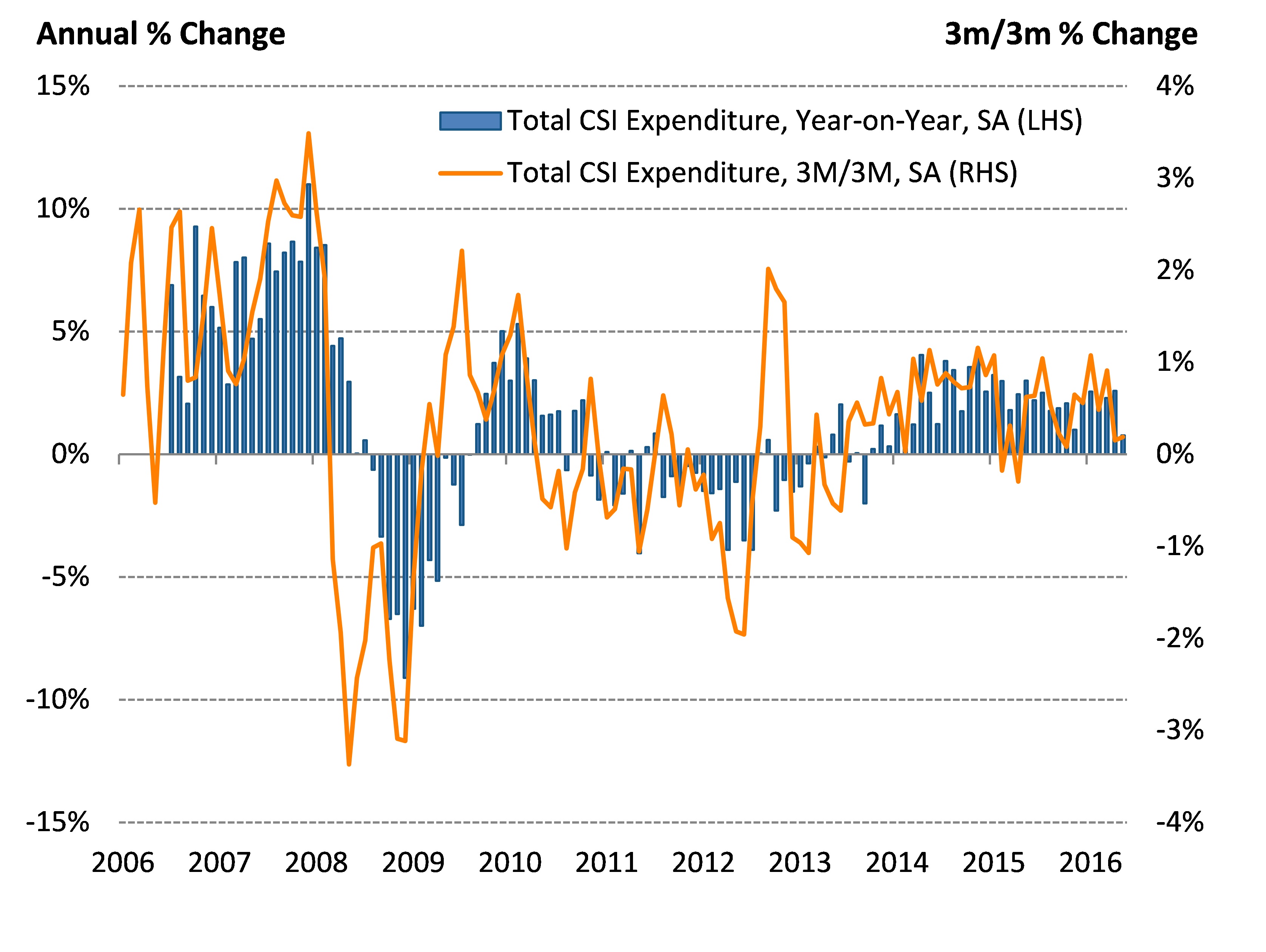 “Following a strong run in the first four months of the year, it seems that consumer spending growth has finally caught up with the uncertainty around the UK economy. Shoppers have clearly reined back their spending overall, and in particular, on big ticket items. Of the big drop in spending across the transportation and communications sector, slower growth in car sales appears to be a significant driver.

“In contrast, clothing retailers bounced back strongly in May, posting its first rise in three months, as warmer weather prompted shoppers to stock up on their summer wardrobes.

“The two May Bank Holidays and the half-term break provided other bright spots, with spending on going away, dining out and entertainment continuing to perform well. Spending on the latter has softened from the record level seen in previous months, however, suggesting consumers are spending their disposable income more carefully.”

Josh Beer, The Illustrious Pub Company, Cambridgeshire: May was an average month for us, with revenue remaining fairly flat compared with last year. It’s getting tougher to get customers through the door as we face more competition from high street food chains in our area. To address this we’re installing TVs to allow sports fans to cheer England on from their local. We hope this will provide a boost to our sales in June, especially if the England team does well at Euro 2016.

The start of summer meant that customers moved from searching for jumpers to hunting down swimming costumes, thus boosting our sales in May. While we did benefit from parents coming in during the half-term to stock up for the upcoming summer holidays, the hottest days in May were our quietest days as customers seemed to busy themselves with the first barbecues of the season. We expect footfall to increase as we settle into the season.

Uncertainty surrounding the referendum has led consumers in the area to be more calculated with their spending, and this has caused our revenue to go down by 8% this month. The general feeling we’re getting from our clients is that they’re concerned about the unknown, and how this might affect their budgets. These worries are reflected in the fact that we’re 2.3% down on visits this month, as people become more cautious.