Visa limbers up to show Everything Counts for Team GB 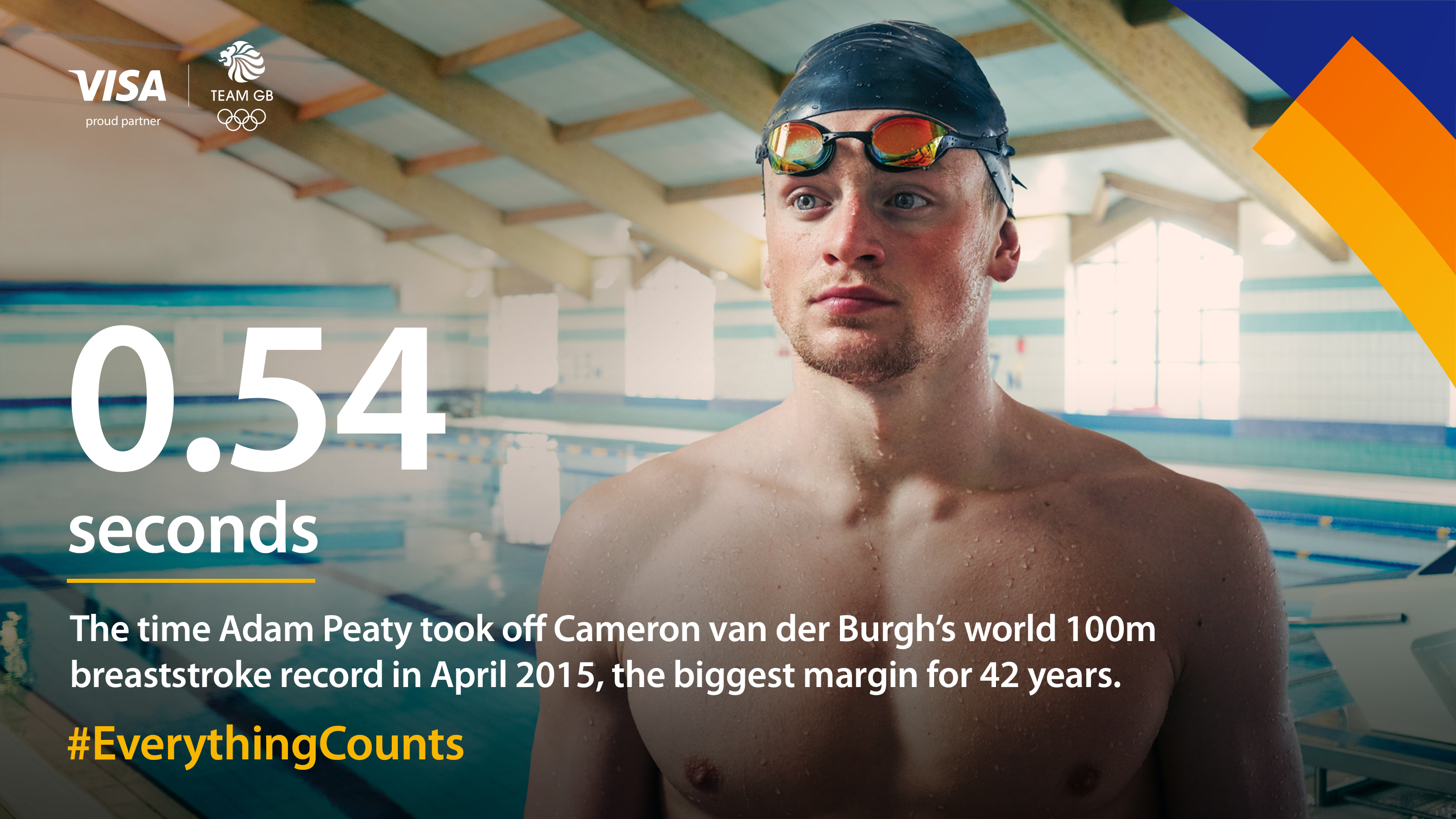 London, 12 May 2016: With only three months until the Rio 2016 Olympic Games, Visa UK today launches their “Everything Counts” partnership with the British Olympic Association.

Visa is the leading payments system in Europe, constantly working at the forefront of technology to introduce new, easier and more secure payment options that are there wherever and whenever you need it. In parallel, the athletes hoping to compete in Rio as part of Team GB are doing everything they can to be the best at what they do.

Recognising that every minute the athletes train, every Personal Best, every message of support, every meal, every training session counts, Visa UK has developed the Everything Counts content platform. This campaign allows the British public to share the incredible stories of the athletes on the road to being part of Team GB and competing for their nation to win medals in Rio in August; encouraging the nation to get behind and support Team GB’s athletes.

The Everything Counts activation is manifested in the form of both a web-based and an app-based activation. The web version is housed on TeamGB.com, and will be a living, breathing activation that will be regularly updated.

The campaign builds on the golden legacy of London 2012, which resulted in Team GB becoming one of the most powerful sports brand in the UK. To help bring the campaign to life, Visa UK has signed a talented group of Team Visa Ambassadors:

There will be exciting and stirring video content created with these and other athletes to appeal to both the everyman and the younger Generation Z audience.

“The Rio Games are set to be one of the best yet for Team GB, where British athletes will build on the golden legacy of the home Games in 2012. The Everything Counts campaign recognises that for Visa, its customers and Olympic athletes, every moment, every journey, every second and every transaction counts. To be the very best at what you do, you have to be ready for your moment: every meal, minute of training, personal best and message of support counts.

“The quest for perfection is as true for Team GB athletes as it is for Visa. This campaign reflects the precision and certainty that Visa offers, as we process millions of transactions for millions of cardholders every day.”

“Visa’s Everything Counts will create some compelling content for fans of Team GB during the Games. The back stories of the Visa ambassadors, the stats behind the athletes’ journey to the Games and all the small details that can make the difference will give an incredible insight into the elite performance environment.”

Visa Europe is a payments technology business owned and operated by member banks and other payment service providers from 37 countries across Europe.

Visa Europe is at the heart of the payments ecosystem providing the services and infrastructure to enable millions of European consumers, businesses and governments to make electronic payments. Its members are responsible for issuing cards, signing up retailers and deciding cardholder and retailer fees. Visa Europe is also the largest transaction processor in Europe, responsible for processing more than 16 billion transactions annually – at a rate of 1,622 transactions per second at peak times.

There are more than 500 million Visa cards in Europe, while €1 in every €6 spent in Europe is on a Visa card. Total expenditure on Visa cards exceeds €2 trillion annually, with €1.5 trillion spent at point-of-sale.

Since 2004, Visa Europe has been independent of Visa Inc. and incorporated in the UK, with an exclusive, irrevocable and perpetual licence in Europe. Both companies work in partnership to enable global Visa payments in more than 200 countries and territories.